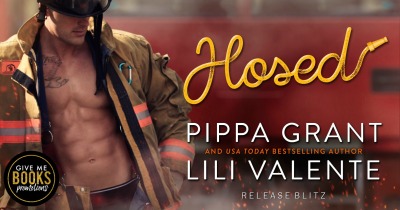 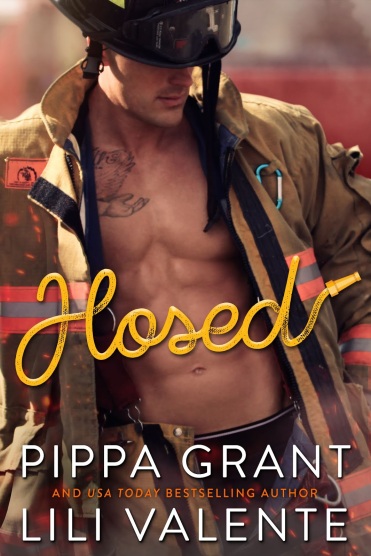 The world’s sexiest firefighter is about to get a second chance with the virgin next door…
He’s bossy, arrogant, and so ridiculously hot he should come with a warning label and a pair of flame retardant coveralls.
He’s also the boy who broke my heart when we were in high school.
I want to move in next door to Ryan O’Dell the way I want to be the virgin gamer geek suddenly in charge of running my sister’s sex toy factory. Too bad both are written in my stars.
Yeah, I’m the world’s oldest virgin code-writing nerd.
And he’s the world’s hottest firefighter.
And even though he intimidates the heck out of me, I can’t seem to control my libido when he’s around.
Where is my dignity? My self-respect? My panties?
Seriously…. Have you seen them? Anyone?
Maybe they’re hiding in his bedroom. With my heart.
Yeah, I know. I’m hosed.
So hosed.
Hosed is a steamy, fun romantic comedy between a firefighter and the virgin nerd next door, complete with a pet raccoon, scandalous gossip, and dildo football. (No, really.) This romance has no cheating or cliffhangers, and ends with a banging hot happily ever after.

When I found out that this book was coming out I was both excited and a little…ummmm…curious on how it would turn out.  I LOVE both authors, but in my opinion they definitely have different styles.  That being said, this book was truly the best of both authors and it came together beautifully.  This book is hilarious, quirky, sweet, sexy and just a fun read.   You get a second-chance, small town rom-com that will have you laughing out loud.  Along with crazy antics there is a pet raccoon that will steal your heart and a bit of a mystery which just adds that much more awesomeness to this book.  Ryan and Cassie are both charming and endearing.  They also have great chemistry.  There are many sweet moments as well as swoony moments in this book.  If that isn’t enough, there is a bunch of secondary characters that are just as hilarious and intriguing as the main characters.  Whether you’ve read either one of these authors before or not, you definitely need to read this book.  This rom-com will leave you feeling good and smiling for days. 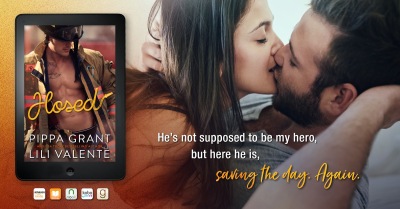 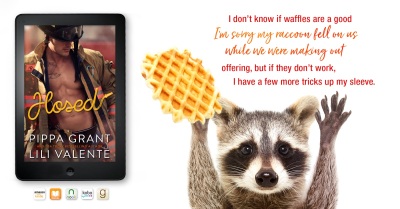 Pippa Grant
Pippa Grant is a stay-at-home mom and housewife who loves to
escape into sexy, funny stories way more than she likes perpetually cleaning
toothpaste out of sinks and off toilet handles. When she’s not reading,
writing, sleeping, or trying to prepare her adorable demon spawn to be
productive members of society, she’s fantasizing about chocolate chip cookies.
FACEBOOK

Lili Valente
Lili Valente has slept under the stars in Greece, eaten
dinner at midnight with French men who couldn’t be trusted to keep their mouths
on their food, and walked alone through Munich’s red light district after dark
and lived to tell the tale.
These days you can find her writing in a tent beside the sea, drinking coconut
water and thinking delightfully dirty thoughts.
FACEBOOK
WEBSITE
TWITTER
NEWSLETTER