This May, join the alpha males of Jameson Force Security as they do the dirty jobs no one else wants to do.Kynan McGrath leads the charge in this Wicked Horse Vegas spin off series, featuring former military special forces doing what they do best…whatever it takes to get the job done. Rescues, protection services, undercover and covert military operations, espionage, surveillance–the darker, the dirtier, the more dangerous, the better. But that doesn’t mean it’s all work and no play for the Jameson team. Sometimes the most dangerous situations are matters of the heart. And as Kynan McGrath is about to learn, a second chance at love can change everything.

KEEP READING for details on the first three books of this all new romantic suspense series, plus ENTER TO WIN a $500 Amazon gift card!

Years ago, they were in love. She was an up-and-coming superstar and he was the devilishly handsome security professional hired to keep her safe. They fell hard and fast, no matter how they tried to resist one another. But not everyone around them was happy about their relationship, and a string of lies and deceit destroyed what they once had.Having just taken the helm of a nationally renowned protective services company, Kynan McGrath is looking to rebrand and revamp his career. The newly crownedJameson Force Security is moving from
the glitz and glamour of Las Vegas to the mountainous steel town of Pittsburgh, and the last thing Kynan has time for is to deal with his past.More than a decade has passed since their split, but even a bruised and battered heart remembers its first love. So when Joslyn Meyers comes to him for help, Kynan reluctantly agrees to keep her safe from a terrifying stalker who keeps threatening her life.As the danger they face continues to intensify, Kynan realizes he’ll stop at nothing to protect the woman who turned her back on him all those years ago. Because one thing is certain—no matter how hard he tries to convince himself otherwise, Joslyn still has his heart.

Cruce Britton has left his presidential detail with the Secret Service to re-settle in Pittsburgh. He’s started a new job at Jameson Force Security and is adjusting to life in the private sector. But when energy scientist Barrett Alexander is targeted for the classified secrets she holds, Cruce finds himself on the fast track back to Washington. And on an evenfaster track to losing his heart.

Saint Bellinger doesn’t live up to hisname. He may be a savior to some, but he’s a devil to most. Sindaria “Sin” Westin, however, lives up to her name every chance she gets. And when Jameson Security Force is hired to take down a ring of highly specialized thieves, Sin may find the Saint she never knew she needed.

I am celebrating the upcoming Jameson Force Security series with one HUGE giveaway! Help spread the word for your chance to win a $500 Amazon gift card. <—-That is a WHOLE LOT OF BOOKS! 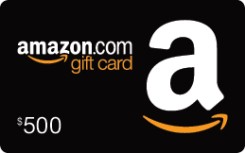 Since the release of her debut contemporary romance novel, Off Sides, in January 2013, Sawyer Bennett has released multiple books, many of which have appeared on the New York Times, USA Today and Wall Street Journal bestseller lists.