The Silver Foxes of Blue Ridge #2 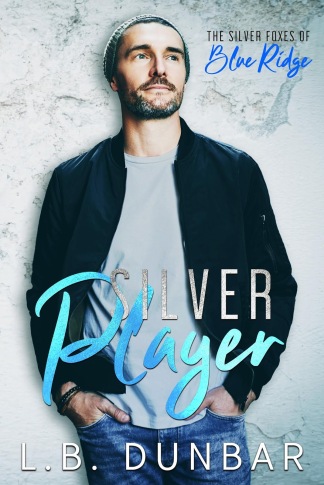 Billy Harrington
A young girl walks into a bar…
I’d like to say this is the start of a bad joke, but it isn’t really.
It’s my life.
Can you be called a baby-daddy if the secret baby shows up as a teenager?
I don’t know anything about raising a teen.
And the one person who could help me the most is my nemesis.
Roxanne McAllister
I should hate him for being her father.
Only I don’t fault him for sleeping with my sister.
This is the story of my life.
I’ve always been runner-up to my older sibling.
Then tragedy strikes—again—and I’m left with a dilemma.
Can I count on the person I despise the most in Blue Ridge?
Find out when a Harrington strikes again.
This sexy silver fox is the biggest player, but he’s about to been dealt a hand he never expected—a much needed ally in his feisty vixen enemy.

First I have to say that I love this author. I LOVE that she writes characters that are over 40. For those of us of a certain age, it’s refreshing to read characters that are closer to our age and situations that are more realistic for those who are not in their 20s. This book is part of a series but it can be read as a complete standalone. Each book is about a different couple with interconnected characters. This is an enemies-to-lovers, with a surprise….umm teen. The chemistry between Billy and Roxie just leaps off the page. Their fighting is as passionate as their lovemaking. There were times I wanted to strangle each character in how they were acting, and then wanted to just hug them through their vulnerability. There are many secrets and many misconceptions in this story. It just proves that in life you can’t just assume. There is a lot packed into this book. I was so captivated by every part of this story and these characters that I could not put it down. It’s definitely worth reading.
Buy Your Copy Here:
Amazon US |  Amazon UK | Amazon CA | Amazon AU

I’ve been accused of having an over-active imagination. To my benefit, this imagination has created over twenty novels, including the creation of a small-town world (Sensations Collection), rock star mayhem (Legendary Rock Star series), MMA chaos (Paradise Stories), rom-com for the over forty (The Sex Education of M.E.), and a suspenseful island for redemption (The Island Duet). My alter ego, elda lore, creates magical romance through mythological retellings (Modern Descendants). My life revolves around a deep love of reading about fairy tales, medieval knights, regency debauchery, and strong alpha males. I love a deep belly laugh, a strong hug, and an occasional margarita. My other loves include being mother to four grown children and wife to the one and only.
Connect with L.B. Dunbar
Website | Facebook | Instagram | Twitter | BookBub | Pinterest   Goodreads
Hosted By: